Before I get on my high horse and charge away with this subject I should say, I realise that there are different perceptions in what constitutes style and what constitutes substance, so these are my thoughts only.

In these strange days of Lockdown and no actual dancing, I imagine many more hours are being wistfully spent, watching past performances by various professional dancers.

I have to admit, that I became ‘Tango-performanced-out’ some time ago, it reminds me of a year I spent travelling, when I would meet other travellers along the way and they would talk about being ‘Templed-out’. In essence, they had visited so many mind-blowingly beautiful temples and churches during their journey that they couldn’t appreciate seeing any more, they had become blind to the exquisite artistry and complacent about the sheer human achievement of building these structures.

That’s sort of how I feel about watching many tango performances these days – but not all!

So, what content would engage me enough to watch a youtube performance from beginning to end? Well, to start with I’m not going to start listing who I like and who I don’t, because before you know it, someone would counter argue my choices and tell me why I should like them, or not like them. And I’m not here for a bust-up.

This for me, is where style vs substance plays a big part.

If we were talking about pop music for example and our favourite artists, many – maybe even a majority would say they liked someone like Beyonce, Rhianna, Bruno Mars or Usher?

I’m pretty sure we’d agree all these people can sing, and I would say that someone like Beyonce with her style of singing, has been deeply influential in the way many other female (and some male) singers approach their performance. However, being the most popular, or emulating the most popular form doesn’t mean that there is going to be much content in the material.

If we stick with Beyonce for a bit, she has a very particular way of singing, which involves (‘scuse the lack of technical language) a bit of skirting around the note, a lot of vocal acrobatics with a few added grunts, in the nicest possible way, and probably influenced by the maestra of ‘skirting around the note’ Mariah Carey. Don’t get me wrong, I think both of these artists do it very well, they are talented and great performers – although I’d probably only watch the latter for a total of 5 seconds before tuning out.

BUT.. but they have influenced the style in which many many singers now perform, none of whom do it quite so well. Essentially those ‘copycat’ singers have observed the style and tried to emulate it, but they’ve forgotten the substance - the actual interpretation of the music, transmitting the feeling and the sentiment of the music they’re singing. It just becomes another superficial cover or retake on a melody which was done better before.

That’s what I sense in a lot of performances in Tango, there are acrobatic tricks, to amaze (like Mariah Carey’s zipping all over her massive vocal range). This is not really about the dancers being connected to the music, this is about them wowing the audience.

There was a performance by a young couple I saw while back, they were very good and technically faultless, but then, he had to go and do his ‘party trick’, a showy bit of footwork which would have been better placed in a performance of ‘Swan Lake’. At that point they lost me, it was a gimmick to differentiate themselves from the next couple along. Basically, it was the ONLY thing to differentiate them from the next couple along. All performances were technically brilliant, all the dancers were amazing performers – but not one of them moved me. Not one of them transmitted the sense that they were so connected with the music, they and the music had become one. Which is what I had been led to believe, Tango was about, and this is what I’m looking for in a performance.

I know there’s a difference between Performance tango and Social tango, but more and more I see the lines are blurred but the influence predominantly going one way only, what people observe in a performance, they decide to bring onto the dance floor. This might be ok, if the social dancer emulating the ‘show’ move knew when and where to do such a trick, was technically able to do that ‘trick’ and limited it to ‘one trick’ per tanda only, floor craft permitting. But for the most part, they don’t.

I also realise that many performances inspire student social dancers to improve and up their skills, none of which can be a bad thing? The problem is for me at least, what is being emulated is generally so superficial, for example it’s the way a leader holds his ‘open side’ arm, it’s the way a follower wiggles her arse and executes an un-lead kick after every ‘musical phrase’. It’s all very well, but it has absolutely no correlation with whether those dancers are able to find connection with their partner and the music, and whether they are even aware of finding that tango moment.

We’re being blindsided by style.

I know that there’ll be the argument that many great milongueros would perform and do their ‘tricks’. But we have to look at the foundations of where they come from. Milongueros pretty much exclusively were social dancers for a long time before becoming dancers who might perform. The tricks they would do, would come from competitive male ‘one upmanship’ outdoing the last dancer, with many hours in practicas perfecting their trick before taking it to the dance floor, and adapting and remoulding old movements into new. Their performances had the base of oodles of years of social dancing, the tricks on the whole would be kept to a minimum, the adage ‘Less is more’ comes to mind.

The tricks and style I see now are more the result of the evolution of tango with the fact there are so many more performers these days trying to find their place on the market, so they need a unique selling point. And who am I to say who should or shouldn’t perform and how.

What I would say is, watch those performances, but don’t get stuck watching the ‘most popular’ performers of the moment, explore back to older performances, look at some of the older footage of milongueros performing and social dancing, we see that pretty much every trick we see by the younger performer, has clear foundations in what’s been done before.

Here’s a clip of the great Pupy Castello dancing with Graciela Gonzalez.

They say nothing is new or original, I was looking for quotes on the subject and I liked these

“All my best thoughts were stolen by the ancients.” ― Ralph Waldo Emerson

“A poor original is better than a good imitation.” ― Ella Wheeler Wilcox

And I think this last quote is the guideline I try to go by..

Of course, I try at least to be a half reasonable original, but I try to allow the performances I do watch to wash over me gently rather than dominate my approach to tango. I try to find the ‘me’ in my dance, the technique I drill into myself is just a tool to express myself, and the more confident I feel in my technique, the more confident I feel in my ability to express myself.

I think emulating someone else’s style also has the added penalty in creating a barrier between a dancer and them finding themselves and their own individual expression of the dance. It’s possible that many subconsciously choose to adopt a style, because allowing one’s expression and true response to the music and the connection with one’s partner, can make one feel very exposed and vulnerable to criticism. And any criticism of one’s dance, having just committed yourself entirely to that moment, is like a dagger in the heart.

But without risking intense emotional pain or the possibility of it, intense, complete pleasure and connection won’t come.

And like so many songs in Tango, the conjunction of pleasure and pain is what makes the music so singular, addictive and sublime.

So reading one or two non-dance related articles about Style vs Substance, it’s interesting to see that folks generally lean towards one or another.

And I guess in Tango it’s the same, there’s the ‘Aesthetic group’ and the ‘Authentic value group’ and those who straddle both.

And taking a paragraph from one of these articles, I’ve decided that the latter predominantly expresses my approach to dancing, and pretty much anything really, although I'm not averse to a little bit of style.

In practice many of us use both style and substance, though in different amounts and in different circumstances. In many ways the best position is to have both strong style and strong substance. Appearances do matter and of course it is important to act as well as talk.

Where people focus mostly on one side, those who emphasize style tend to succeed in the short term while those who just go for substance are more likely to succeed in the longer term. It would seem that for continued social survival substance is essential as the vacuous stylist is eventually found out, yet our often overwhelming concern for the present and the attractiveness of style means we easily forget the real value of substance. 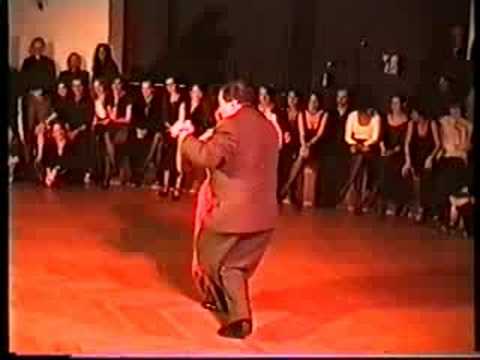 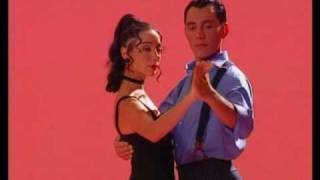 Cooking up a storm together!